Now be honest, are you so busy with juggling the balls of your own life – work, kids, partner, home, family etc – to be able or willing to care about for the needy and vulnerable people on our society?

Truthfully, this was perhaps a bit more like me pre-2010 – although I did a few charitable fundraising challenges and donated my skills to a local charity, before my own D-Day!

It may be the case that you care but struggle cope with others vulnerabilities, fragilities or mental health issues, so you steer a course away from the ‘said’ damaged individual?

Perhaps, you are selfish narcissist and are solely focussed in pursuing your own personal fortune and agenda? Sadly, there are quite a lot of people like that in the world.

Maybe, a your friend or relative who actually kindly visits you, but then is only able to offer patronising ‘sympathy’ or asks, ‘would you like a cheese sandwich?’

If you are lucky, a friend or relative will offer true ’empathy’. You know when a caring friend says, ‘I have absolutely no idea how you must be feeling right now, but I’m here to listen and support you, if YOU want.’ 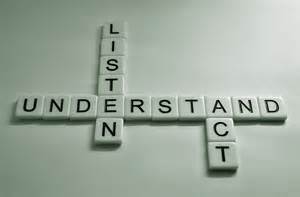 But better still, is where someone offers you ‘altruism’.

So what is altruism you ask?

Well it was put perfectly by Matthieu Ricard in a recent TED talk. He said,

‘The wish for others to be happy and to help them find the cause of their happiness.’

Helping others find a way to cope positively benefits not only the ‘recipient’ but will make the ‘giver’ equally as happy.

I Am Still The Same -Self help stroke recovery tool

We are looking to supplement the grant we’ve been awarded with crowdfunding, if you fancy getting involved?

Get involved why not help Crowd Fund the Georgia’s documentary film?

This is not just a documentary film about the world hearing the other side of the ‘LockedIn Unlocked’ stroke recovery story.

My story will join other remarkable stories where individuals haven’t ended up like the poor chap in the award winning film – The Diving Bell & Butterfly. Yes, sadly some individuals pretty much remain in a desperate state similar to his, but others simply don’t. My charity offers ‘no promises, just possibilities’

Indeed, this will hopefully raise awareness of some of the myths surrounding potential to improve after having suffered a brainstem stroke with or without locked in syndrome.

Quite a lot of people recover significantly and far more than the often very premature health professionals would formally suggest especially in the early stages of the illness.

I hope we kick ass with awareness, attitudes & treatment, but also explore the ways we can optimise the well-being of those who don’t enjoy significant improvement gains.

I hope Georgia’s film will give people, like I once was, an important VOICE!

…. a great quote I read on Twitter recently, don’t you agree?

Truthfully, I was so proud of what I personally did to recover, against all the medical odds in hospital and beyond, for a few months back in 2011/12 that for a while I unhealthily ‘believed my own Kate Allatt press’.

However, I have to say that still during that period I very much harnessed that global media attention to voluntarily (and very cheaply) build my international & credible internet-based stroke charity – Fighting Strokes.

All my back-to-back press interviews,TV & Radio appearances surrounding the launch of my 1st book – Running Free – made it possible to launch my global charity ‘all-in’ for less than £480!

So was that all bad?

I am absolutely passionate about stroke recovery and locked in syndrome, (to the point my own loved-ones have never understood it, though increasingly they seem to now.)

Worldwide there has been so much positive progress for others touched by Fighting Strokes, since January 2011.

I will always try to represent patients who now suffer like I once did, by trying to influence stroke recovery for all; and visiting patients & their families; to reaching out over social media; to writing self-help stroke recovery books/apps etc.

I’m committed to influencing working-age, stroke survivors by helping them return – should they want – back to paid employment, (As opposed to the often having to returning to voluntary work in a local stroke support group.)

I would love frontline GPs and A & E doctors to be better trained to spot early Brainstem stroke before it completely destroys yet another life, but as well as helping them to be less ignorant of the wide range of short & long term patient outcomes.

Furthermore, I want to conduct research with Joanna on the use of early intensive, repetitive, frequent Electrical Stimulation on upper limbs, of all types of stroke survivors who present physical arm impairment.

Yes, I want the world to see the impact of Fighting Strokes, so for that I make absolutely no apologies!